I recently attended the first meeting in a ten part series that will ultimately result in a tiny house prototype for homeless people.  It was facilitated by Rochester Greenovation in Rochester, NY rochestergreen.org.  The idea is to build a tiny home from salvaged materials such as pallets and old windows.  The first meeting involved brainstorming with members of the group and sharing ideas about the design.  In ten weeks, we should have a prototype.  This installment of my blog is intended as a resource for group members, but it could be useful to any other individuals or groups contemplating similar projects with similar goals.


I will try to update this post as I find additional helpful material.  I'll start with a video about pallet types and how to break them down.

Nine people attended the meeting, including me.  I enjoyed meeting everyone, and I thought there was a good discussion.  Some of the talk caused me to think of some work by the tiny home designer, Michael Janzen. What follows is from his website http://www.ninetinyfeet.com

Here is a silent & brief video he made of one of the tiniest houses imaginable.  A true microhouse.  It's kind of a pretty outhouse with a front porch and a sleeping loft.  That probably sounds gross, but it's not.  The cylinder you'll see inside represents a five gallon bucket for a sawdust composting toilet.  His two other designs below also have the sawdust composting toilet, plus sleeping space, tiny kitchen, storage, rainwater catchment, greywater treatment, personal garden, and shower.

I am posting a few more of Michael's concepts for quick viewing below, but I suggest you click on the link I provided above to see more and to read about the specifics of each design.
Group members and/or other readers who have comments, suggestions, or links you think are appropriate, can post them in the comments section below. 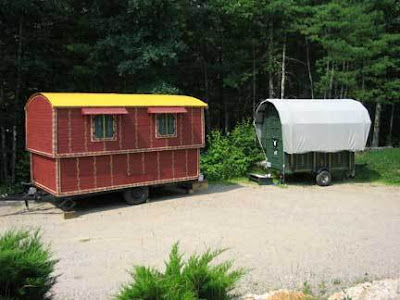 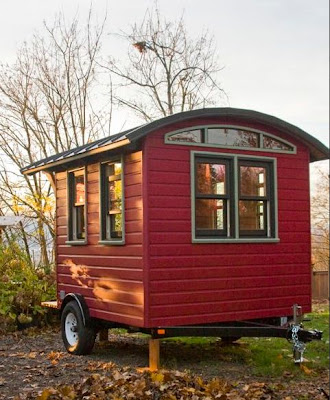 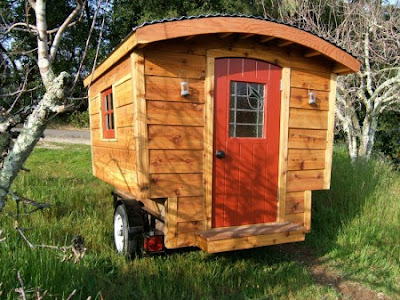 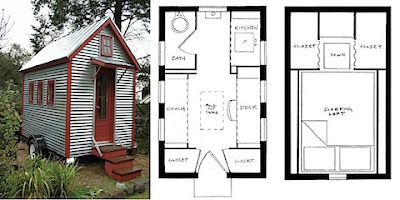 Results of the charrette that took place during our second meeting: 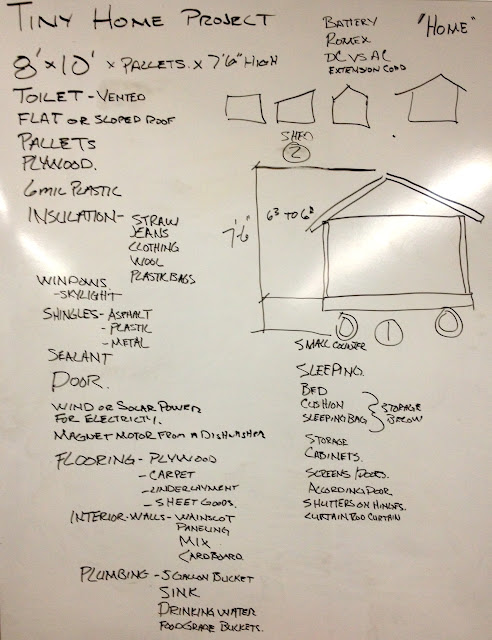 Making a home on a trailer was discussed, and an 8'x10' foot print was more or less the consensus.  For discussion and informational purposes I am including the floor plans and a video about a Tumbleweed Tiny House Company model called the XS (extra small) house.  Its overall dimensions are 7'X11', pretty close to what we are talking about.

As a member of the group, I do have some concerns and reservations about this notion of building an 8'x10' moveable shelter for a homeless person.  I think that there are some important and very real problems that need to be solved.  They are as follows...

Propane heat.  Fire is dangerous, especially in a confined space.  Propane heaters require propane (expensive) and would need to be vented in such a small space because of condensation and carbon monoxide.  Vented propane heaters such as the one in the video above are expensive, and not found in the waste stream.

Electric heat  requires electricity.  If we have a means of hooking our tiny house up to a reliable source of electricity then fine, but where will a homeless person find that legally?  In my view, the idea that we can have a solar panel and battery to provide this electricity is unlikely.  We will not find many solar panels in the waste stream, and batteries that are will most likely not work, which is why they are in the waste stream to begin with.  Further, even if you did acquire a working battery, it would take a very long time to charge up with a good solar panel and optimal conditions.  Then, since most electric space heaters use 800 to 1600 watts while running, they would drain the battery very quickly and there would be none to spare for lighting or any other electrical use.

Incinerating toilets require vast amounts of electricity, and propane toilets have the same venting problems discussed above.  Plus, both are prohibitively expensive and not found in the waste stream.  While sawdust composting toilets makes sense due to their  essentially free nature, keep in mind that they will be filled every week or two, and the contents will need to be dealt with somehow.  In that short time frame little to no composting will have occurred so there will be a mixture of raw sewage and sawdust that can not be safely or responsibly disposed of in the bushes.  If that were to occur, our project would gain negative publicity and run into even more resistance from the public at large in the future.  The disposed of contents of a sawdust toilet need to continue composting for a year or more in a properly tended compost setup.
Food and Cooking

Again, the same problems as above regarding fuel, electricity, venting, fire, and safety.

The shelter we build will ultimately need to be located somewhere.  I suspect Rochester has rules about living for extended periods of time in camping trailers, and where such trailers can be located legally.  Since a homeless person is unlikely to have a vehicle capable of towing their tiny home, chances are it will be staying put somewhere, but where?  There is little point in having it be moveable if there is no means to move it. On the other hand having it be immovable is also pointless without a legal place to live in it.

1. Rochester makes land available for tiny homes for the homeless.
2. An indoor location such as a large garage, warehouse, vacant factory, or empty store where tiny homes can be left, electricity is available, and cooking and sanitation services can be provided for all occupants, thus eliminating the need to solve the cooking and sanitation problems on an individual unit basis.
3.  Scaling back the goals of the tiny home in terms of it's size and amenities.

If an indoor space were to become available, then shipping containers converted to tiny dwellings could be viable.  They are generally 8'x20' or 8'x40'.  the 8x20s could be partitioned in two, creating two 8x10 units.  8x40s could be partitioned into four 8x10 units each.  They are stackable, so various configurations could be made to accommodate singles, couples, and families.  Just a thought.  What do you think?  Comment below.

Circulating hot water with no pump:

This post is getting a bit long.  To see the updated post, including pictures of the actual tiny home for the homeless we are building, click here. 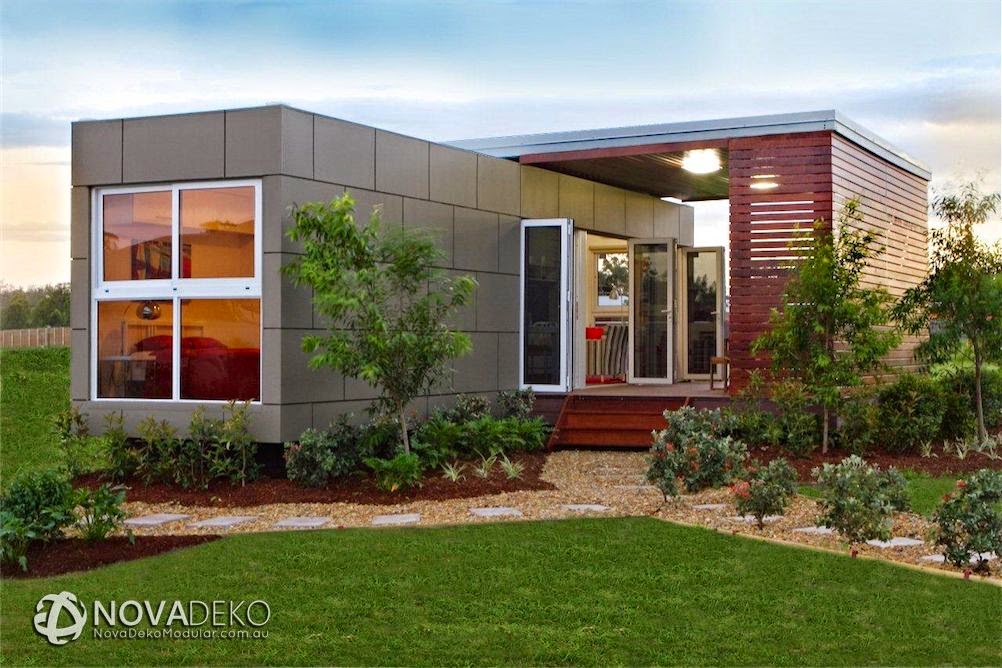